July 18 (UPI) — In a bid to save money, the Nuclear Regulatory Commission has recommended reducing the number of inspections it performs for nearly 100 reactors at dozens of nuclear power plants across the United States.

The NRC made the recommendation in a policy report released Tuesday.

The commission’s report said a revised timeline should require plant inspections every three years, instead of every other year on the current Reactor Oversight Process schedule. The NRC also advised cutting the extent of the inspections.

In order for the recommendations to become policy, the independent agency’s five commissioners — appointed by President Donald Trump — must approve them with a vote.

“These recommendations will be described in a memo … and will be made publicly available when issued,” the report said.

House Democrats oppose the recommendations and called for a public comment period — saying a change in safety protocols without such public input “would weaken vital safety oversight” and put Americans at risk.

“It would be a mistake to attempt to make nuclear power more cost competitive by weakening NRC’s vital safety oversight,” Democratic leaders on the House appropriations, energy and commerce committees said in a letter to the NRC.

There are nearly 60 operating nuclear power plants in the United States and 97 functioning reactors. Tuesday, the NRC said plans to fully decommission and close down the site of the most significant nuclear plant accident in U.S. history — the Three Mile Island power station in Pennsylvania — will cost $1.2 billion and take nearly 60 years to complete. 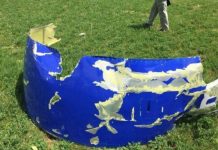 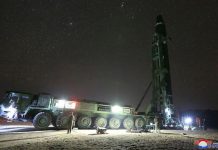