April 27 (UPI) — A New York court has convicted a woman on various charges after investigators said she swindled friends and vendors and defrauded banks out of thousands of dollars while pretending to be a German heiress.

Sorokin, though, is not a German heiress, authorities said. Prosecutor Keagan Mays-Williams said she lived a “fantasy of an extravagant lifestyle beyond her means,” and cheated friends and businesses to achieve it.

The convictions ended a six-week trial in which her former friend, former Vanity Fair editor Rachel Williams, testified against her. Williams said she was an unwitting victim of Sorokin’s make-believe world that left her struggling to pay rent and credit card bills.

Sorokin’s attorney Todd Spodek said his client’s activities were unethical but did not rise to the level of criminality. He said she intended to pay everyone back and only allowed people to believe what they want about her. Prosecutors said she told people she had a trust fund worth $67 million.

Officials said Sorokin, who also went by the name Anna Delvey, lived in Paris for a short time after she took an internship with Purple magazine, before moving to New York in 2014. 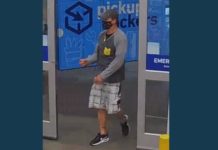