Shea told reporters Monday during a press conference that effective immediately roughly 600 officers from those units will be transitioned to other departments in an effort to update the force for modern policing, describing the move as a substantial cultural change to foster trust with the community.

Eliminating the units closes one of the last chapters in the city’s controversial “stop-and-frisk” era when police would stop and search residents in high-crime areas, he said.

Critics argued the policing practice targeted minorities and a federal judge agreed in 2013, ending the policy for being unconstitutional.

Shea said at times the old method of policing put at odds the goals of reducing crime and maintaining relations with the public.

“This is 21st century policing,” he said, explaining that the job of building prosecutable cases hasn’t changed, but the key difference is “we must do it in a manner that builds trust between the officers and the community they serve.”

The announcement came as weeks of protests have called for police reforms and equality following the death of George Floyd who was killed by a white officer late last month.

Shea said terminating the units was not a result of the protests but that it was time to change how officers police New York City.

“We can do it with brains. We can do it with guile. We can move away from brute force,” he said, adding that these units, at the orders of their superiors, were responsible for a disproportionate number of misconduct complaints and shootings.

“Anti-crime’s mission was to protect New Yorkers by proactively preventing crime, especially gun violence. Shooting and murders are both climbing steadily upward, but our city leaders have clearly decided that proactive policing isn’t a priority anymore,” Lynch said in a statement. “They chose this strategy. They will have to reckon with the consequences.”

The unexpected announcement came hours after Gov. Andrew Cuomo announced new police reform laws for New York, requiring officers to report within six hours of firing their weapon, mandating police departments and courts to track arrest data and ordering officers to provide medical and health services to those under arrest who require it. 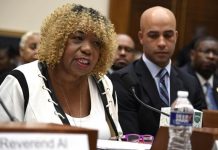 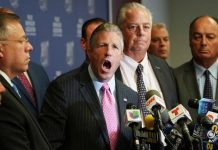 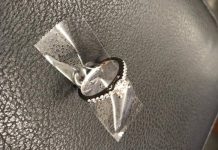 NYPD tracks down couple who lost ring down grate during engagement