HANGZHOU, China, Sept. 4 (UPI) — President Barack Obama dismissed accusations the Chinese delivered snubs Saturday when he arrived in Hangzhou for the G20 summit, saying his lackluster welcome is being overblown.

While other world leaders were welcomed with a red-carpet staircase out of their aircrafts, Obama had to leave Air Force One through a rarely used lower-level staircase in the back of the plane The Guardian reported.

Some media outlets called it a significant snub, but Obama downplayed it.

“I wouldn’t over-crank the significance of it because, as I said, this is not the first time that these things happen and it doesn’t just happen here. It happens in a lot of places including, by the way, sometimes our allies,” Obama said, adding that “none of this detracts from the broader scope of the relationship”.

Obama suggested his Chinese hosts might have been “a little overwhelmed” by the size of the U.S. delegation.

“I think this time maybe … the seams are showing a little more than usual in terms of some of the negotiations and jostling that takes place behind the scenes,” Obama said. “And, in fairness, when delegations travel to the United States, sometimes there are issues about our security procedures and protocols that they’re aggravated with but don’t always get reported on.

“Part of it is we also have a much bigger footprint than a lot of other countries,” the president said. “And we’ve got a lot of planes and a lot of helicopters and a lot of cars and a lot of guys, and if you’re a host country, sometimes it may feel a little bit much.”

The diplomatic dust-up started almost as soon as Air Force One touched down Saturday, USA Today reported. There were also arguments between Chinese and White House staff, with both sides accusing the other of causing a disturbance.

Chinese officials yelled at White House staff when the press pool reporters, who usually track the president’s movements, were brought on the tarmac. They first demanded all press be removed, then eventually allowed two to accompany the U.S. and Chinese presidents on a walk.

The president is in China for the G20, an international meeting of governments and central bank governors from the world’s 20 major economies. Founded in 1999, the aim of the summit is to study, review and promote high-level policy issues pertaining to the promotion of international financial stability. 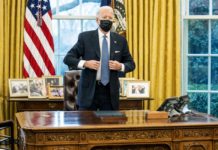