“I came here because you asked,” Obama told more than 50,000 people in High Point Solutions Stadium on Rutgers’ Busch Campus in Piscataway. “You are the first to launch a three-year campaign . . . I even got three notes from the grandmother of your student body president. And I have to say, that really sealed the deal.”

Obama was the first sitting president to speak at a Rutgers, the nation’s eighth oldest university at 250 years. Rutgers had worked for years with New Jersey lawmakers since 2013 to secure the president to speak in honor of the school’s milestone anniversary.

“Today, he chose you,” Greg Brown, head of the Rutgers Board of Governors, told the 10,500 cheering graduates. “He chose Rutgers.”

Unlike previous years, Rutgers students were limited to one ticket for themselves and three guest tickets.

Some guests and graduates missed the start of the ceremony because they were delayed in extensive traffic jams or overcrowded shuttle buses trying to get to the stadium.

Obama praised the diversity at Rutgers.

“If you were listening to today’s political debate, you might wonder where this strain of anti-intellectualism came from,” Obama said. “In politics and in life, ignorance is not a virtue.”

He spoke against anti-intellectualism in politics.

“If you were listening to today’s political debate, you might wonder where this strain of anti-intellectualism came from,” Obama said. “In politics and in life, ignorance is not a virtue.”

Without mentioning presumptive Republican presidential nominee Donald Trump by name, Obama criticized the candidate’s calls to build a wall across the Mexican border and ban Muslims from entering the country.

Those policies are contrary to the nation’s history as a melting pot, Obama said.

“That’s how we became America. Why would we want to stop it now?” Obama said. “Can’t do it.”

He told the audience that “I’m not going to spend the remainder of my time telling you exactly how you’re going to make the world better – you’ll figure it out.”

Sitting presidents rarely grant interviews to student newspapers, but this one with The Daily Targum, came about after its editor, Dan Corey, made the bold requestwhen he was face-to-face with the president last month with fellow reporters in college.

Sunday’s address was the second of three commencement speeches that Obama will deliver during his final graduation season as president. Earlier this month, Obama told graduates at historically black Howard University to become more engaged in society.

The president will also speak on June 2 at the U.S. Air Force Academy in Colorado Springs, Colorado. 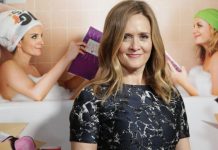 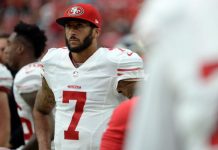 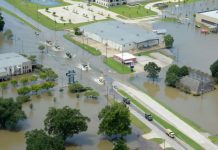