FLINT, Mich., May 5 (UPI) — President Barack Obama traveled to Flint, Michigan, to survey the water crisis Wednesday, where he drank some of the city’s water and said it’s safe for residents to do so — as long as they take recommended precautions.

“If you’re using a filter … then Flint water at this point is drinkable,” the president said after taking a drink. “I really did need a glass of water. This is not a stunt.”

During his remarks, Obama said the crisis was a result of what he called “corrosive” local government leadership and philosophies.

“This was avoidable,” he added.

Some Flint residents remain skeptical of the Environmental Protection Agency’s position that filtered water is safe to drink and use — a skepticism rooted in flawed trust they had in the city’s management of the water supply.

In 2014, Flint switched sources from the same supply that sends water to Detroit to the Flint River. Investigators said aging, corrosive pipe leakage got into the water and contaminated it with high levels of lead.

The EPA told residents filtered water is safe to drink, but cautioned pregnant women and children under the age of 6 to continue to avoid it — an extreme safety precaution.

Michigan Gov. Rick Snyder and his wife have also been drinking Flint’s water, after the Republican leader pledged to do so for 30 days.

Obama arrived in Flint Wednesday morning for a first-hand look at the ongoing crisis, which he said will take time to fully fix.

“My job here today is not to sort through all of the ins and outs of how we got to where we are, but rather make sure that all of us are focused on what we have to do moving forward on behalf of the children. That’s my priority. And that’s got to be all of our priorities.” 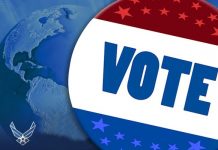