WASHINGTON, Oct. 24 (UPI) — The federal government says some consumers face sticker shock when they select new plans for 2017 on Healthcare.gov, but insist higher subsidies will offset what are expected to be large rate increases for health insurance.

Health insurance premiums for plans sold through the federal online exchanges will increase an average of 25 percent, significantly higher than the increase in previous years, the U.S. Department of Health and Human Services reported Monday.

The price increases are being driven by more people than expected buying the plans and using more services than insurers expected. The increase in expense from “sick” consumers using more health services cut into profits, causing many companies across the country to pull out of the exchanges.

HHS officials say most people shopping for insurance through the exchanges will have three or four companies offering 30 or 40 plans to choose from, but many could be selecting products from just one or two companies.

In a data brief, HHS officials predict more than 11.4 million people will buy plans through the health insurance exchanges, an increase of about one million people over 2016, many of whom could find they are eligible for help paying for insurance where previously they were not.

“Even in places with high rate increases this year, consumers will be protected,” said Kathryn Martin, acting assistant secretary for planning and evaluation at HHS.

The agency also says “most” marketplace consumers will receive financial assistance, noting that 84 percent of consumers qualified for tax credits during last year’s open enrollment period and about 78 percent are likely to be eligible this year.

Even with the increases, though, agency officials are pointing out the availability of health insurance and assistance available through tax rebates mean most people will find health insurance that does not drain their bank accounts.

“Before the ACA, many consumers were unable to get health coverage at all, and the individual market offered no easy way to shop and compare plans,” Kevin Counihan, CEO of the Health Insurance Marketplace, said in a press release. “Because of the Marketplace, consumers can shop around to find coverage that fits their needs and get tax credits to help pay for it. Thanks to shopping and financial assistance, consumers will continue to have robust options for quality, affordable coverage for 2017, even in places where premium increases are high.” 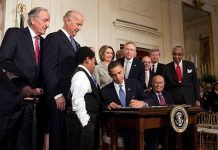 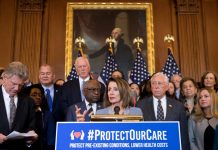