May 4 (UPI) — After weeks of negotiations, House Republicans passed a bill to repeal much of the Affordable Care Act, replacing it with a system they said will offer similar healthcare benefits at a lower cost.

The final vote was 217-213. Twenty Republicans voted against the bill.

The vote hands President Donald Trump and House Speaker Paul Ryan a victory after weeks of wrangling and a high-profile failure, when Ryan was forced to pull the bill because it was doomed to fail.

“Our constituents did not elect us to do what is easy. They elected us to do what is right,” Rep. Diane Black, R-Tenn., the chair of the House Budget Committee, said on the floor prior to the vote.

Democrats, unified in their opposition, decried the legislation as disastrous for millions of poor and sick Americans who they said will lose basic protections passed under their landmark reform seven years ago, such as the rule prohibiting insurance companies from denying coverage or charging higher rates for individuals with pre-existing medical conditions.

Democratic representatives taunted Republicans and sang a chorus of “na na na na, hey hey hey good-bye” as the votes were tallied, a show of their confidence the bill will prove a political albatross.

The Republican bill pushed by Trump and known as the American Health Care Act, or AHCA, faced intense opposition within the Republican caucus from disparate groups. The initial version introduced in March faced opposition by members of the House Freedom Caucus, a group of more than 30 of the most conservative members.

They argued the AHCA left too much of Obamacare’s regulatory infrastructure and taxes in place. As Trump and Ryan worked to amend the bill to mollify conservatives, the other end of the Republican ideological spectrum, GOP moderates from the Northeast, began dropping their support.

Many in the GOP’s more centrist wing represent states and districts where the Affordable Care Act is popular and feared reprisals from constituents who stand to lose coverage or face higher premiums under the AHCA.

In the end, a deal was struck between the rival factions. Conservatives successfully added an amendment that would allow individual states to opt out of the Obamacare regulations regarding pre-existing conditions and rules against charging women more for insurance than men. In exchange, the legislation requires those states to set up “high risk pools” to help offset the cost of insurance for the poorest and sickest individuals.

Republican moderates negotiated an additional $8 billion in federal funds to help underwrite the cost of those high risk pools.

States that apply for the waiver would also free insurance companies from meeting minimum standards for care set forth by the ACA, meaning insurers would again be allowed to sell plans that do not cover things like prescriptions, child birth or birth control, and require enrollees to pay thousands in out-of-pocket deductibles before the insurance kicks in.

The AHCA also repeals the so-called “individual mandate,” a controversial part of former President Barack Obama‘s healthcare law that required all Americans to buy health insurance or pay a fine.

Democrats have said the result will be millions of Americans forced to choose between buying plans they can’t afford or ones that are not worth the investment. Liberals scoffed at the GOP’s plan to create high-risk pools, arguing the money set aside will pale in comparison to the costs facing healthcare providers, whose huge medical bills for things like cancer treatment will then be passed onto patients or absorbed into the overall system, causing rates to rise for everyone.

Republicans said those very problems were already causing massive problems in the healthcare system as a result of the ACA’s onerous regulations and taxes. They pointed to several states where insurers have refused to offer plans and premiums have increased by more than half in recent years, stretching government expenditures and making plans scarcely available or too expensive for people to buy.

Thursday’s vote comes a day before the House is set to take a one-week recess. House leaders said they wanted to hold the vote prior to the break, when restive members might be swayed by angry constituents and well-funded industry groups blanketing airwaves with attack ads, much like the ones Democrats faced seven years ago when they were debating passage of the Affordable Care Act.

Dr. Andrew Gurman, president of the American Medical Association, the largest doctor group in the country, released a letter signed by 10 non-profit industry groups, saying “millions of Americans will lose their health insurance as a direct result of this proposal.”

The bill was also passed before the Congressional Budget Office, the non-partisan scorekeeper in Congress, was able to produce a final estimate of its cost. That means members voted before knowing exactly what the final effects of the legislation would be on the federal budget or millions of Americans who could be affected.

The CBO score on the previous version of the AHCA caused many Republicans to withhold their support because it predicted between 8 million and 10 million Americans would lose their health insurance if the bill became law.

The legislation now moves to the Senate, where it will face its own unique set of challenges. The upper chamber gives far more power to individual members to hold up passage in order to force changes to the legislation.

The bill will also face the same conservative-moderate tug-of-war, with multiple Senate Republicans echoing Democratic concerns that the AHCA does not do enough to protect individuals from high premiums and refusal of service if they lose their health insurance. 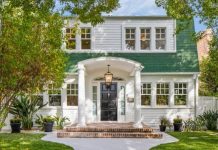 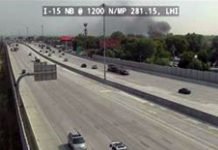