Dec. 19 (UPI) — A data recorder from the Amtrak train that derailed south of Seattle on Monday reveals the train was traveling 80 mph in a 30-mph zone, officials confirmed.

The National Transportation Safety Board said during a news conference the train’s speed and the posted speed limit will be considered as officials investigate why the train ran off the track, killing three and injuring about 100 people.

The train was traveling at 81.1 mph at the time of the derailment, according to Transitdocs.com, a company that maps train speeds. The passenger train speed limit of 79 mph drops to 30 mph right before the track curves to cross Interstate-5, which is the where the train derailed, according to a Washington State Department of Transportation chart.

Bella Dinh-Zarr, National Transportation Safety Board member, said it’s unknown why the train derailed and it’s too early to tell why it was going so fast.

Amtrak 501 was traveling from Seattle to Portland, Ore., Monday morning when it derailed in DuPont, Wash. One car was left dangling from the overpass and one crashed onto busy Interstate 5 below. At least five motor vehicles were struck in the crash.

An Amtrak official said the train was not using positive train control, a mechanism that can prevent train derailments caused by excessive speed.

Trooper Brooke Bova, spokeswoman for Washington State Patrol, said there were two engines and 12 cars in the train, and a total of 13 derailed. 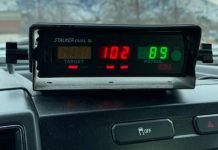 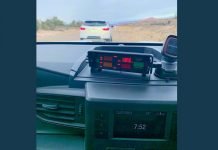