The probe started after the Federal Bureau of Investigation Inspection Division alleged the SIA had stated in a routine FBI security inquiry that he had obtained child pornography online and viewed it several years ago, the Department of Justice OIG said in a statement. The SIA denied the allegation.

“Based on the SIA’s statements during the security interview, the OIG investigation concluded that the SIA had knowingly possessed child pornography, in violation of federal law and FBI policy,” the statement said.

The office led by Inspector General Michael Horowitz asked the National Center for Missing and Exploited Children to analyze images from the SIA’s personal and FBI-issued devices as part of its effort to determine whether they were child pornography.

“None of the images were determined to be evidence of child pornography. No pornographic material, or evidence pertinent to the investigation, was identified on the SIA’s FBI-issued devices,” the statement said.

The FBI fired the SIA pending the OIG investigation.

The DOJ declined to prosecute the SIA. The OIG has finished its probe and given its report to the FBI. 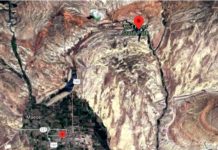