International relations were upended last week when U.S. military forces hit targets in Syria suspected of being linked to chemical attacks on the civilian population. With U.S. warships now headed to the Korean Peninsula, tensions are high as cautious diplomacy gives way to deeper tensions.

“Russia has failed in that commitment, and the result of their failure has led to the killing of more children and innocents,” he said.

The tone comes amid lingering questions over ties between the Kremlin and supporters of U.S. President Donald Trump.

Syria is not a major crude oil producer, though the crisis involves several countries that are major contributors to the global market for energy products. Tamas Varga, a with broker PVM, said in a daily newsletter that escalating tensions over Syria have broader markets implications.

“Since the region is the home of an oil production of well over 20 million barrels per day, it is worth recalling the origin of the Syrian war and the motives of the countries involved in it,” he said.

Phil Flynn, a senior market analyst for the PRICE Futures Group, said in a daily newsletter that the energy market in the United States, the world’s leading economy, could be tightening up as domestic refineries start ramping up production, leading to declines in crude oil inventories. By his read, this “could be the beginning of a major rally.”

Elsewhere, rig counts are on the rise as crude oil prices hold steady above $50 per barrel. Rig counts serve as a loose metric to gauge confidence in spending in a particular region. Those counts declined last year after crude oil prices dropped below $30, but have shown gains this year. The rig count in Texas, the nation’s top oil producer, doubled from last year.

State data show, however, the number of well completions is down. Well completions indicate the likelihood of future production and Texas is reporting substantial declines from last year. 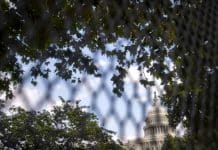