Brent prices were up nearly 10 percent to $66.61 a barrel — while the U.S. benchmark, West Texas Intermediate, also climbed 10 percent to $60.40. In London, prices for Brent, the international benchmark for crude oil, jumped $12 a barrel, the largest increase since the late 1980s.

“A price spike of Brent up to $70 a barrel is precisely what is not needed for the global economy at this stage,” Edward Bell, director of commodity research at Emirates NBD, said. “It’s not a global economy that can bear the oil price at $70 to $80 a barrel. So I would expect that even if we did have a spike and it was sustained there for a few weeks, the demand side reaction would again deflate that price move.”

The attacks at an oil processing facility at Abqaiq and an oil field at Khurais on Saturday knocked out nearly 6 million barrels of daily crude production, officials said. A fleet of 10 unmanned aerial vehicles were used in the attack.

The Iranian-supported Houthi rebel group in Yemen claimed responsibility. Monday, the group threatened more attacks. U.S. Secretary of State Mike Pompeo, however, said there is “no evidence the attacks came from Yemen.”

A Saudi military spokesman said Monday a preliminary investigation showed the weapons used against the facilities were Iranian. Col. Turki al-Malki said the attacks didn’t originate in Yemen and the investigations were underway to determine where they originated.

“We assure the Saudi regime that our long hand can reach wherever we want, and whenever we want,” Houthi spokesperson Yahya Saree said, adding that the drones used in the attack were modified with jet engines.

“This attack has material implications for the oil market, as a loss of 5 million barrels per day of supplies from Saudi Arabia cannot be met for long by existing inventories and the limited spare capacity of the other OPEC+ group members,” Wood Mackenzie executive Alan Gelder said. “A geopolitical risk premium will return to the oil price.”

The oil supply disruption is greater than that of the Iranian Revolution in 1979, the Arab-Israeli War from in 1973 and the Iraqi invasion of Kuwait in 1990 — all three of which led to major energy crises. Analysts say the attack could also influence crude prices well into next year, as the risk premium gets built into the price.

“Because we have done so well with energy over the last few years (thank you, Mr. President!), we are a net energy exporter, & now the number one energy producer in the world,” he wrote. “We don’t need Middle Eastern oil & gas, & in fact have very few tankers there, but will help our Allies!”

He said Sunday U.S. officials were trying to determine who was behind the Saudi attacks.

“There is reason to believe that we know the culprit,” he tweeted. “[We] are locked and loaded depending on verification, but are waiting to hear from [Saudi Arabia] as to who they believe was the cause of this attack, and under what terms we would proceed!” 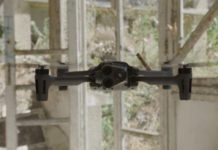