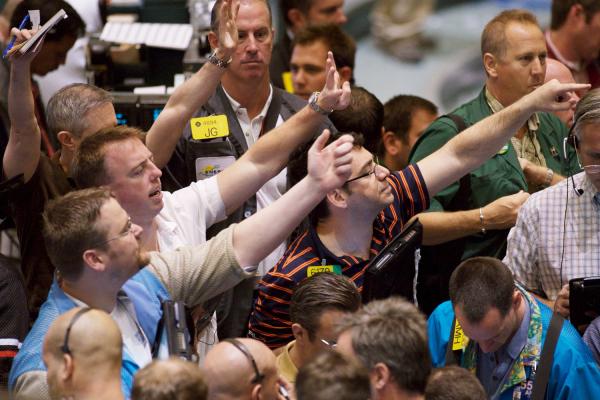 The International Energy Agency said in its monthly report for June that global crude oil inventory levels remained above the five-year average and stocks might not fall to “the desired level” until March 2018, when the terms of a production agreement from the Organization of Petroleum Exporting Countries expires.

OPEC is working to ease supply strains with managed production declines, though strong U.S. production and output from parties within the OPEC framework are creating obstacles to the goal of a balanced market.

Crude oil prices were down more than 1 percent in overnight trading, but moderated ahead of the start of trading in New York. The price for Brent crude oil was down 0.49 percent about a half hour before the U.S. market opened to $48.48 per barrel. West Texas Intermediate, the U.S. benchmark for the price of oil, was down 0.7 percent to $46.11 per barrel.

Markets may be swayed later in the morning once official U.S. inventory data are published by the EIA. Some broader market pressures may emerge in the wake of the shooting involving U.S. lawmakers at a recreational event in Virginia, near the nation’s capital, early Wednesday morning.

An economic snapshot of the United States may evolve, meanwhile, in meetings Wednesday for the U.S. Federal Reserve.

Demand factors in the United States may be adding strains to oil markets. Demand for consumer fuels has waned since the long Memorial Day holiday weekend ending in late May, though summer travel levels are typically high.

“U.S. gasoline demand may be poised to edge higher this year to a fresh record but growth potential is negligible and as such it won’t play a major role in helping drain the global oil glut,” Stephen Brennock, an analyst with London oil broker PVM, said in a daily emailed newsletter.

Crude oil prices lost their grip on $50 per barrel after last week’s report from the EIA. Though more resilient than initially expected, a regulator in North Dakota said operations there could wane if oil stays too low for too long.