TEHRAN, Nov. 7 (UPI) — While its energy ties to the rest of the world could be impacted, an aide to Iran’s ruling cleric said the two major U.S. presidential candidates are equally hostile.

On the eve of the presidential election in the United States, Ali Akbar Velayati, a top aide to ruling cleric Ali Khamenei, said U.S. policy on Iran has been more or less unchanged since the 1980s, when alliances shifted after the long war between Iraq and Iran. On the potential for a shift in course for 2017, he said Tehran expected nothing new from either Republican candidate Donald Trump or former Secretary of State Hillary Clinton, the candidate for the Democrats.

“They are the two sides of the same coin,” he said.

Trump told the powerful Israeli lobby in the United States earlier this year he’d “dismantle” a multilateral nuclear deal signed with Iran in 2015. That deal eased sanctions in exchange for commitments from Iran to scale back its controversial nuclear program. That deal also opened some doors to the Iranian oil sector and the Islamic republic now wants greater influence on the global energy market.

Last month, the ruling cleric said during meetings with Venezuela President Nicolas Maduro some members of the Organization of Petroleum Exporting Countries were using oil as a geopolitical tool to contain Iran. The use of “oil as a weapon,” he said, is in “total coordination with America’s policies.”

Clinton as secretary of state helped drive early momentum on Iranian negotiations the led to the landmark nuclear deal in 2015. She said she still supports the arrangement, but offered a more aggressive posture when considering Iran’s behavior on the international stage.

On the domestic front in the United States, Trump is seen as far more in favor of the oil industry than his rival. Higher U.S. oil production helped push markets toward the supply side and pull oil prices below $100. Trump said at a policy speech in North Dakota this year he’d do away from imports from OPEC, which counts Iran as a member. 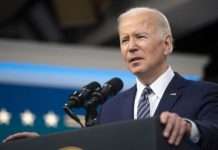 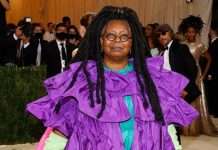