Master Sergeant Willie Rogers, who family members said downplayed his service and membership in the first black air squadron in the U.S. military, died of complications from a stroke on Saturday.

Rogers was honored for his service in 2007 by President George W. Bush, when all 300 surviving members of the Tuskegee Airmen were awarded the Congressional Gold Medal, but he skipped the White House visit because, he claimed, he’d only worked on the ground in logistics and administration.

“He would always say there were many who deserved attention more, but were not here to receive it,” his daughter, Veronica Williams, told the Tampa Bay Times.

Rogers was drafted into the military in 1942 and joined the “Tuskegee Experience,” the Army Air Corps program to train African-Americans to fly and care for combat aircraft. Contrary to the stories he told his family, Rogers saw military action, getting shot in the stomach and leg by German soldiers in 1943.

After a three-month recovery in London, Rogers returned to serving in the war — including seeing the Dachau concentration camp after it had been liberated by American troops in 1945. Williams wondered after her father’s death if maybe the things he saw at war, including the camp, haunted him and that’s why he didn’t talk about it.

“He could give dates, names, locations of events from the war,” Williams said. “But he didn’t like to give specifics about what occurred to him. He saw things that were bad. And he experienced treatment because he was African-American that wasn’t fair.”

After his service, Rogers returned to St. Petersburg, where his family lived. In recent years, since his service with the Tuskegee Airmen was revealed, Rogers has been given the keys to the cities of Lakeland and St. Petersburg, his portrait hangs in the St. Petersburg Museum of History and he received his Congressional Gold Medal in 2013. 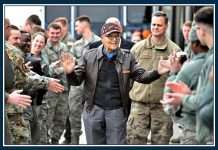 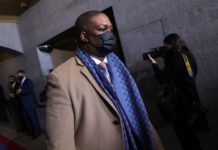