“I too am one of the many survivors that was sexually abused by Larry Nassar,” Biles wrote in a lengthy statement shared on Twitter and Instagram. “Please believe me when I say it was a lot harder to first speak those words out loud than it is now to put them on paper. There are many reasons that l have been reluctant to share my story, but I know now it is not my fault.”

Though none of the 2012 team members will be in attendance at Nassar’s sentencing hearing, which begins in Michigan on Tuesday, nearly 100 of the 140 women abused by Nassar are expected to read victim impact statements, including 2000 Olympian Jamie Dantzscher. Nassar could potentially be sentenced to life in prison.

“I will not be attending the sentencing because it is too traumatic for me,” Raisman wrote on Twitter. “My impact letter will be read in court in front of Nassar. I support the brave survivors. We are all in this together. #StopAbuse”

For many, reading victim impact statements can be a cathartic experience and a source of healing, Kristen Houser, chief public affairs officer for the National Sexual Violence Resource Center, told CNN.

“You go through all these months of keeping a secret, and then the investigation, and waiting on the court proceedings. That whole system is not at all a victim-centered experience or a system that is sensitive to the emotional toll on victims,” Houser said. “This is … the one opportunity you get to speak your piece in your own words, unedited, and say the truth about the full picture of how these things impacted your life.”

Statements during this week’s sentencing hearing are likely to not only address Nassar, but also USA Gymnastic and Michigan State University, two of Nassar’s former employers, which several gymnasts have accused of enabling Nassar’s crimes.

A number of lawsuits allege officials at the two organizations failed to properly address accusations of abuse.

Last week, Raisman said USA Gymnastics was to blame for the abuse experienced by her and her teammates.

“You are 100% responsible. It was mandatory to get ‘treatment’ by Nassar,” she wrote on Twitter.

On Monday, Biles too pointed the finger at USA Gymnastics.

“For too long I have asked myself, ‘Was I too naive? Was it my fault?’ I now know the answers to those questions. No. No, it was not my fault. No, I will not and should not carry the guilt that belongs to Larry Nassar, USAG [USA Gymnastics], and others,” Biles wrote in her statement. 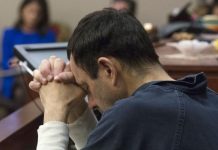 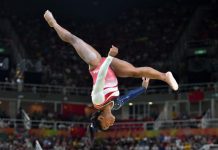 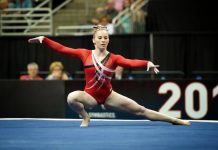