In 1776, the Second Continental Congress formally adopted a resolution for independence from Britain.

In 1788, it was announced in the U.S. Congress that the new Constitution had been ratified by the required nine states, the ninth being New Hampshire.

In 1839, slaves being shipped to Cuba revolted and seized the ship Amistad, leading to an eventual end of the African slave market.

In 1881, U.S. President James Garfield was shot by Charles J. Guiteau, a mentally unstable lawyer and office-seeker. Garfield died Sept. 19 and was succeeded by Vice President Chester Arthur. Guiteau was convicted and hanged in 1882.

In 1900, the world’s first rigid airship was demonstrated by Ferdinand Graf von Zeppelin in Germany.

In 1934, 6-year-old Shirley Temple signed a contract with Fox Film Corp. She went on to become one of the biggest movie stars of the era. Her mother told United Press that to keep her daughter grounded, she would tell her, “You’re not so good as an actress, Shirley.”

In 1943, Lt. Charles Hall became the first African-American pilot to shoot down a Nazi plane in World War II during an Allied assault on three Italian air bases. Gen. Dwight D. Eisenhower personally congratulated Hall when the escort squadron returned to base.

In 1964, the U.S. Civil Rights Act of 1964 became law with the signature of President Lyndon B. Johnson.

In 1976, North and South Vietnam reunited, forming the Socialist Republic of Vietnam and naming Hanoi the capital.

In 1990, a stampede in a pedestrian tunnel at the Muslim holy city of Mecca during the annual hajj killed 1,426 pilgrims.

In 1992, the 1 millionth Corvette rolled off the production line in Bowling Green, Ky.

In 1993, Islamist extremists set fire to a hotel in Sivas, Turkey, in an apparent attempt to kill the translator of British author Salman Rushdie’s novel The Satanic Verses. Thirty-five people died.

In 2000, Vicente Fox was elected president of Mexico.

In 2002, American Steve Fossett completed the first round-the-world solo flight in a balloon, reaching Queensland in the Australian outback to finish a 13-day, 19,428-mile trip that began in Western Australia.

Pilot Steve Fossett’s Bud Lite Spirit of Freedom balloon crosses the south Australian coast July 3, 2002. Fossett was successful in his bid to complete the first solo circumnavigation of the world by balloon.

In 2009, India’s ban on homosexuality, in effect since 1861, was overturned by New Delhi’s highest court. On December 11, 2013, India’s Supreme Court reinstated the ban, re-criminalizing homosexuality.

In 2013, in announcing an Affordable Care Act delay, U.S. officials said a mandate that larger employers provide health coverage for their workers, or pay penalties, would not be enforced until 2015.

In 2015, 62 people were killed in the Philippines when a crowded ferry carrying nearly 200 people abruptly capsized — just minutes after it left port.

In 2016, Elie Wiesel, the Jewish author, Nobel laureate, academic and Holocaust survivor whose writings on unthinkable Nazi brutality brought the reality of the world’s largest genocide into stark relief, died. He was 87.

In 2017, Australian Jeff Horn pulled off a stunning Rocky-like upset in the “Battle of Brisbane” with a unanimous decision over Manny Pacquiao to claim the WBO welterweight title at Suncorp Stadium. 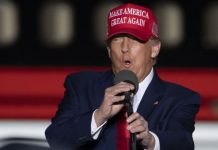 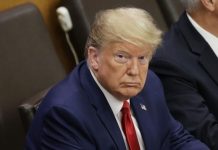 More than 700 historians call for Trump to be impeached