April 11 (UPI) — Once a dominant force in the American retail market with more than 2,000 locations, Kmart will soon be down to just three stores nationwide.

One of the last four remaining in the United States, the Kmart store in Avenel, N.J., will close in just a few days.

The Star-Ledger reported that the department store, in Middlesex County, is expected to close on April 17.

Kmart is owned by Transformco, a privately held company that also owns onetime mega-retailer Sears. It also owns online operations for both stores and various brands from both, such as Kenmore and Die-Hard.

Kmart’s decline has been slow but steady over the past 20 years. It filed for Chapter 11 bankruptcy protection in 2002, which at the time was the largest U.S. retailer ever to do so, due largely to competition struggles with rival low-cost retailer Walmart.

Additional competition from web-based retailers like Amazon have made it even more difficult for Kmart to survive.

“Kmart was part of America,” Michael Lisicky, a retail history author, told WNBC-TV. “Everybody went to Kmart, whether you liked it or not. They had everything. You had toys. You had sporting goods. You had candy. You had stationery.

“This was almost as much of a social visit as it was a shopping visit. You could spend hours here. And these just dotted the American landscape over the years.”

After the Avenel closing this week, there will be only three Kmart locations remaining in the United States — in Westwood, N.J., Long Island, N.Y., and Miami. 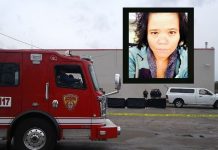 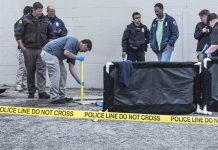 Officials: ‘Body was that of a female’; investigation continues after remains found outside former Kmart in West Valley City 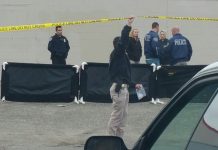