Feb. 10 (UPI) — One person was killed, four were injured and a suspect was taken into custody following a shooting at a health clinic in Minnesota on Tuesday morning.

Police received a call of shots fired at the Allina Health clinic in Buffalo, Minn., about 40 miles northwest of Minneapolis, before 11 a.m. where they found the victims and the suspect, Buffalo Police Chief Pat Budke said during a press conference.

Kelly Spratt, president of Allina Health Buffalo, said five people were taken to area hospitals, including three who were in critical but stable condition. Later Tuesday evening, the Hennepin County Medical Center confirmed that one of the patients died and another was discharged.

Wright County Sheriff Sean Deringer also said that officers found a suspicious package in a corner of the lobby during a search of the area conducted after the suspect was apprehended.

Authorities also evacuated and investigated the Buffalo Super 8 Motel, where the suspect was staying, and found additional suspicious devices.

Deringer identified the suspect as Gregory Paul Ulrich, 67, of Buffalo, adding that police have received “several calls” related to Ulrich dating back to 2003.

Budke said Ulrich acted alone and appeared to have specifically targeted the clinic.

“There is no information at this point that leads us to believe that there is any nexus with any type of domestic terrorism,” he said. “We are very familiar with the suspect.”

Ulrich had previously threatened revenge, including a mass shooting, against the health facility in phone calls with his doctor in 2018 following several back surgeries and subsequent medications, according to a Buffalo Police Department report obtained by the Minneapolis Star Tribune. 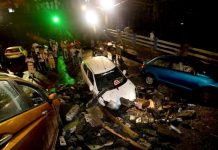 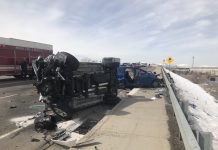 1 dead after head-on crash in Provo 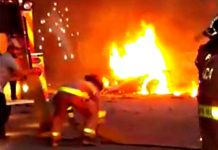