Sept. 4 (UPI) — A Texas law that bans the limit on blade lengths went into effect last week, making it legal to open carry swords in the Lone Star State.

The law, which was passed in July and went into effect on September 1, allows people to carry in public blades of any length, including swords. Before the law, Texas had restrictions on blades longer than 5.5 inches.

However, there will be some restrictions. Minors under the age of 18 will not be allowed to carry blades longer than 5.5 inches and those blades won’t be allowed in schools, houses of worship, hospitals, polling places, sporting events, bars where more than 51 percent of income comes from alcohol sales, correctional facilities, racetracks and amusement parks, according to the Standard Times.

Despite the restrictions, law enforcement is getting ready for emergency calls from people frightened by seeing others walk around with long blades.

“We’ll see if there are any real issues that come up with it,” said James McLaughlin Jr., executive director for the Texas Police Chiefs Association. “I’m sure we’ll get people calling like they did with the long guns and we’ll go out and talk to them, but I don’t expect much more than people just trying to make a statement.”

But Frullo said back in May that people shouldn’t worry about sword-carrying folks.

“It’s not making criminals out of people who have no intention of creating some type of criminal act,” he told Spectrum News. 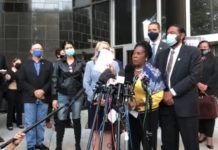 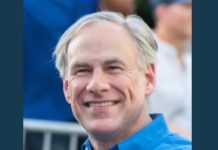