As part of the global resolution, Insys will plead guilty to five counts of mail fraud as well as pay $195 million to settle allegations that it violated the False Claims Act, a $28 million forfeiture and a $2 million criminal fine, the U.S. Department of Justice announced on Wednesday.

The criminal and civil investigations stemmed from Insys’ payment of bribes through kickbacks and other illegal marketing practices for its powerful and highly addictive sublingual fentanyl spray Subsys.

The U.S. Attorney’s Office for the District of Massachusetts charged Insys with five counts of mail fraud for hosting educational lunches and dinners as part of “speaker programs” which it said were meant to increase brand awareness of Subsys, but were instead used to pay bribes and kickbacks to medical practitioners to increase prescriptions of the drug.

Subsys was approved by the U.S. Food and Drug Administration in 2012 for the treatment of persistent breakthrough pain in adult cancer patients who were already receiving and tolerant to around-the-clock opioid theory.

The attorney’s office stated that the alleged misconduct took place from August 2012 through June 2015.

“For years, Insys engaged in prolonged, illegal conduct that prioritized its profits over the health of the thousands of patients who relied on it,” U.S. Attorney for the District of Massachusetts Andrew Lelling said. “Today the company is being held responsible for that and for its role in fueling the opioid epidemic.” 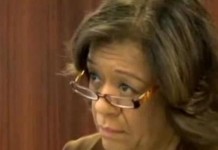