.@Oprah emotionally responds to backlash her friend Gayle King received over King’s recent interview about Kobe Bryant with WNBA legend Lisa Leslie: “She is not doing well because she has now death threats.” pic.twitter.com/M8HrCp8vTr

Winfrey, 66, said on Friday’s episode of “Today” that King, 65, is “not doing well” following backlash to her interview with WNBA star Lisa Leslie about Bryant.

Winfrey teared up as she described how King has received death threats from fans of Bryant.

King spoke to Leslie, a retired WNBA star, in an interview for “CBS This Morning” following Bryant’s death in January. King faced heavy backlash after CBS promoted the interview with a clip that showed King asking Leslie about the 2003 rape accusation against Bryant.

“She’s not doing well, and she feels she was put in a really terrible position, because that interview had already ran,” Winfrey said of King. “In the context of the interview, everyone seemed fine, including Lisa Leslie.”

“It was only because somebody at the network put up that clip,” she added. “I can see how people would obviously be very upset if you thought that Gayle was just trying to press to get an answer from Lisa Leslie.”

Winfrey said King hasn’t slept in “two days” because of the backlash, and criticized the “misogynist vitriol” directed at her friend.

“Anybody can criticize anything, but the misogynist vitriol and the attacking to the point where it is dangerous to be on the streets alone because it’s not just the people who are attacking. It’s the people who take that message and feel like they can do whatever they want to because of it,” Winfrey said.

King said in an Instagram video Thursday that her question to Leslie about the Bryant sexual assault allegations was taken “out of context.” She said the full interview was a “wide-ranging” conversation about Bryant’s legacy.

“I’m mortified, I’m embarrassed, and I am very angry,” King said. “Unbeknownst to me, my network put up a clip from a very wide-ranging interview, totally taken out of context. When you see it that way, it’s very jarring.”

Los Angeles will hold a public memorial for Bryant and the eight other people who died in a helicopter crash Jan. 26. The memorial will take place Feb. 24 at the Staples Center. 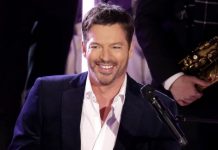 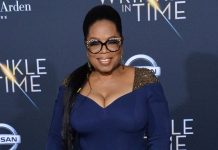