Nov. 24 (UPI) — South Africa’s Court of Appeals has more than doubled Oscar Pistorius‘ sentence for the 2013 killing of his girlfriend Reeva Steenkamp.

Originally sentenced to six years, the court upped the former Paralympian’s sentence to 13 years and five months. The court said Pistorius should have been sentenced to 15 years, but the judges accounted for the time already served by the former track star.

In 2013, Pistorius fired gunshots through the door of a locked bathroom, killing Steenkamp. He claimed he thought he was firing at an intruder.

Pistorius was first found guilty of culpable homicide in 2014. He served 10 months of a five-year sentence before being placed under house arrest. But on appeal from prosecutors, the court upgraded his conviction to murder in 2016 and handed down a six-year sentence.

Prosecutors again petitioned the court, claiming the sentence was lenient. The court agreed and the sentence is now 13 years. Pistorius won’t be eligible for parole for at least six years.

Justice Legoabe Willie Seriti said Pistorius has yet to offer a sufficient explanation for why he fired those four shots and has failed to show sincere remorse.

“I find it difficult, on the evidence, to accept that the respondent is genuinely remorseful. The respondent [Pistorius] failed to take the court fully into his confidence,” the judge said. “To my mind, the attempt by the respondent to apologize to the deceased’s family does not demonstrate any genuine remorse on his part.”

Attorney Marius du Toit, a legal expert in South Africa, told News 24 he thought the 13 years was “a heavy sentence.”

Pistorius’ legal counsel said the claims that his client is not remorseful are false.

“His actions were directed against the intruder,” Advocate Barry Roux said. “When he realized he had shot Reeva‚ he was beside himself.” 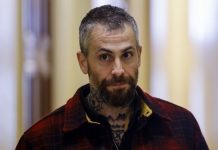 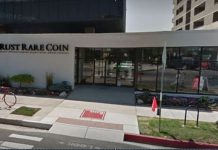