The announcement follows days of controversy surrounding the charity group involving accusations against staff who were stationed in Haiti following its disastrous 2010 earthquake. The aid group is under fire for supposedly failing to tell the British government’s Charity Commission the full story regarding the purported behavior.

Oxfam International Executive Director Winnie Byanyima on Friday encouraged victims to come forward, “for justice to be done,” saying she was “here for all the women who have been abused.”

“What happened in Haiti and afterwards is a stain on Oxfam that will shame us for years, and rightly so,” she added. “From the bottom of my heart, I am asking for forgiveness.”

Earlier this week, Oxfam Deputy Chief Executive Penny Lawrence resigned over the scandal, saying she was “deeply sad” and “took full responsibility” for purported misconduct by staff in Chad and Haiti.

Oxfam said Friday it will set up an independent commission to take a look at the organization’s practices, with a mandate to investigate past and present sexual exploitation claims.

The organization will more than triple its budget to pay for Oxfam’s safeguarding team and additional investigative staff — and will establish a global database to ensure sex offenders can’t falsify references. Also, the organization’s “whistle-blowing mechanism” will be made confidential.

Oxfam CEO Mark Goldring said the organization is working to protect staff, volunteers and communities around the world.

“People put their trust in Oxfam and we betrayed that trust,” he said. “What happened was a disgrace, and we are absolutely committed to rooting out abuse across the organization.

“It’s vital that we act to prevent those guilty of gross misconduct from simply moving on to another organization and potentially harming other vulnerable people.” 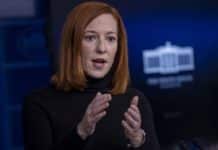