Palestine’s presidential spokesman Nabil Abu Rudaineh said the decision “does not serve peace; rather, it promotes terrorism in the region.”

“This is an assault on the rights of the Palestinian people, and part of a series of anti-Palestinian U.S. decisions and policies,” Rudaineh said.

The announcement comes a day after the United States said it would be cutting funding to the U.N. Relief and Works Agency for Palestinian Refugees because the operation is unsustainable and “irredeemably flawed.”

Palestine officials said they are considering seeking the help of the U.N. General Assembly and Security Council to counter the decision, which Palestinian officials say is a declaration of war on the issue of Palestinian refugees and the Palestinian cause.

“The U.S. decision to cut the funds to UNRWA is in violation of all international resolutions, and this requires the U.N. to take a firm stance and appropriate decisions to confront it,” Rudaineh said.

Saeb Erekat, secretary of the executive committee of the Palestine Liberation Organization, said the United States is not entitled to cancel UNRWA and by doing so is in violation of international law and the U.N. resolution that created the agency to provide relief to Palestine refugees.

“We reject and condemn this American decision in its entirety,” Erekat said.

The United States historically has contributed more than $360 million each year to the UNWRA.

A statement from State Department spokeswoman Heather Nauert on Friday said the United States was no longer willing to shoulder a “disproportionate share” of UNRWA’s costs. 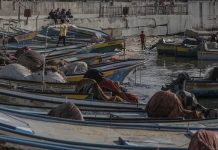 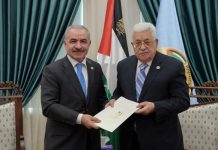