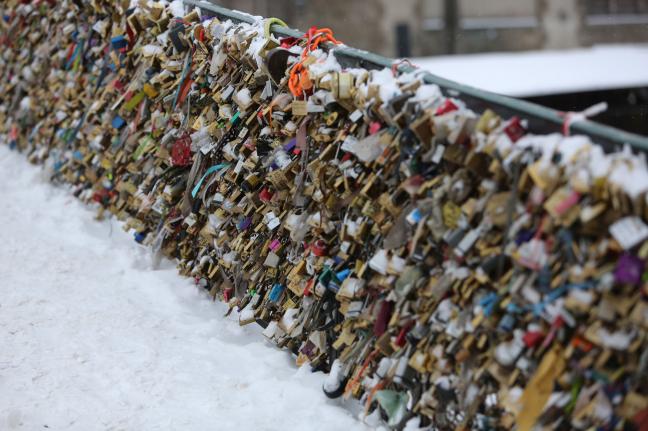 PARIS, May 30 (UPI) — Padlocks in Paris have long been symbols of lasting love and affection for visiting couples, but starting Monday, they will all be removed.

[/one_fourth][three_fourth_last]
The French capital’s authorities have concluded that the weight of “love locks” on famous bridges over the Seine River pose structural risks. In 2014, 8 feet of railing from the famed Pont des Arts collapsed under the weight of the locks. Since then, protesters have argued the locks pose significant risks.

BBC reports that the railings of the Pont des Arts will be replaced with paintings and transparent panels later this year.

“This phenomenon generates two problems: a lasting degradation of the heritage of Paris and also a risk to the safety of visitors, Parisians and tourists,” Paris city hall said in a statement.

Over a million locks, weighing about 45 tons, will be cut off by authorities Monday, June 1. Locks will also be removed from Pont de l’Archeveche near the Notre Dame cathedral, as well.