The National Weather Service said Harvey has brought unprecedented flooding to parts of central and west Harris County. Many locations of the Houston metro area are underwater and officials are concerned more people could become trapped due to structural damage, weakened bridges or breached levees.

So far, more than 2,000 people have been rescued and at least five people are dead due to the severe storm. Most locations under mandatory or voluntary evacuations are southeast of Houston’s city center.

FEMA Director Brock Long said in a press conference Monday that more than 30,000 people are expected to be sheltered temporarily in the region — displaced by the state’s worst storm in nearly a decade.

“This is still an ongoing situation. We’re not at recovery yet,” Long said at Monday’s conference. “This is a life-safety, life -sustaining mission.”

Long said as many as 50 Texas counties have been affected by Harvey. Heavy rainfall is also expected in southwest Louisiana.

The federal response to Harvey includes providing electricity to essential locations, such as hospitals and 911 call centers, and delivering essential items as quickly as possible.

Long also said his agency estimates more than 450,000 people are expected to seek disaster assistance due to Harvey’s effect.

Officials have urged residents in southeast Texas to boil water as a precaution, in case drinking water becomes scarce.

Harvey, which made landfall as a Category 4 storm late Friday night, was downgraded to a tropical storm hours later but continued to overwhelm the region of 6 million people, including 2 million in Houston alone.

Most highways and roads were impassable except for boats. Rivers were above flood stage, people were being rescued from their roofs and one of its two Level 1 trauma centers was evacuated.

President Donald Trump said Monday he would convene a Cabinet meetingat 11 a.m. to address the ongoing situation in Texas and Louisiana.

“I will be going to Texas as soon as that trip can be made without causing disruption. The focus must be life and safety,” Trump also wrote on Twitter.

Trump on Monday also approved an emergency declaration due to rain and flooding in Louisiana, where parts of the state could see up to 25 inches of rain fall.

As social media continues to reveal endless images from the disaster, a photograph from a nursing home near Galveston summarized much of Harvey’s impact. Taken at the La Bella Vita home in Dickinson, Texas, it shows several elderly residents in a room partially submerged in water — some of them sitting with only their upper halves visible. 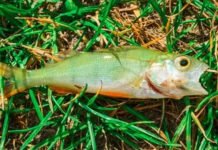