LIMA, Sept. 29 (UPI) — A passenger bus fell off a cliff in the Ayacucho region of Peru Tuesday, killing 10 people and injuring 16 others, police say.

Xinhua news agency, quoting local police, reports the bus was carrying up to 40 passengers, several of whom saved themselves by jumping from the vehicle before it fell from the 984-foot-high cliff near the town of Puquio.

Police say the bus was owned by the Flores company, which manages bus routes between Lima, the Peruvian capital, and other major cities.

The incident occurred as the bus traveled on the Los Libertadores highway toward Cusco, home to the Incan ruins of Macchu Picchu.

Police say survivors blamed the accident on the bus driver, who was reportedly falling asleep at the wheel.

Such incidents are not entirely uncommon in Peru. In 2013, all 51 passengers aboard a bus died when it plunged from a 656-foot-high cliff in the La Convencion province, and in 2012, 22 people were killed and 16 injured when a bus cascaded down a hillside in northern Peru’s Huarmaca district. 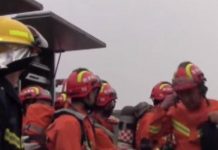 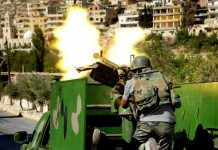