Speaking at the Southern Kentucky Lincoln Day Dinner on Saturday night, Paul said that he “can’t vote to give extra Constitutional powers to the president,” indicating he would vote in favor of the resolution to terminate the emergency declaration to secure funding for an extended physical barrier on the U.S.-Mexico border, the Bowling Green Daily News reported.

“I can’t vote to give the president the power to spend money that hasn’t been appropriated by Congress,” he said. “We may want more money for border security, but Congress didn’t authorize it. If we take away those checks and balances, it’s a dangerous thing.”
The resolution, introduced by Texas Democrat Rep. Joaquin Castro, passed the Democratic controlled House on Tuesday by a vote of 245-182.

It received support from every House Democrat and 13 Republicans.

Assuming support from every Democrat, the measure would require votes from at least four Republicans to pass through the Senate.

Republican Sens. Susan Collins of Maine, Lisa Murkowski of Alaska and Thom Tillis of North Carolina have already suggested they may vote in favor of the resolution, with Paul’s comments Saturday potentially hinting he may become the final necessary vote.

As many as a dozen other Republicans have also expressed they would consider voting in favor of the resolution.

Although he did not provide an indication on how he would vote, Sen. Lamar Alexander, R-Tenn., called on Trump to back down from the emergency declaration, which he said was creating a “constitutional crisis.”

Even if the bill passes through Congress, Trump has previously said he will “100 percent” exercise his veto to shut down the resolution, requiring a two-thirds majority vote in Congress to overturn it. 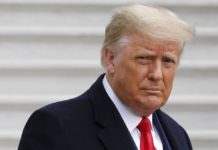 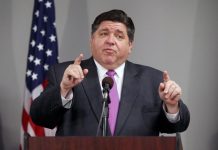 Illinois Gov. J.B. Pritzker in isolation after staffer gets coronavirus 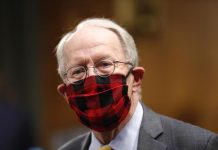