Speaking at the Economic Club, Ryan also reproved the Trump administration’s new round of $200 billion in tariffs on Chinese goods as “not the solution.” But he ruled out the possibility of Congress pressuring Trump to stop the trade war through legislation.

“You would have to pass a law saying, ‘Don’t raise those tariffs,’ and the president would have to sign that law. That’s not going to happen,” Ryan said.

Ryan, who is retiring from Congress in January, stressed that there is an imbalance between the number of jobs and qualified workers. “Right now, there are actually more job openings in America than there are job seekers. We need to close the skills gap,” he said.

The problems of workforce development call for more technical education in two-year colleges.

“We’ve got about half a million adults, working age, without small kids at home, able-bodied, who are not working, not looking for job and not in school. That is who we need to pull into the workforce,” he said.

Ryan talked about an example from his hometown of Janesville, Wis. — Foxconn Technology Group — that announced last year it will invest $10 billion to build a display panel plant there. The company has been working with Gateway Technical College to design a special curriculum to meet the company’s need to hire 13,500 skilled workers.

“It is a perfect, perfect solution to our brain drain problem fixed in Wisconsin and make it a brain gain,” he said. 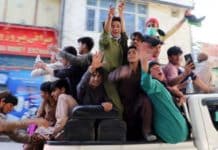 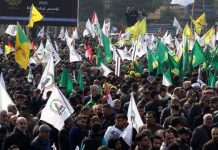