Feb. 20 (UPI) — The Pennsylvania Supreme Court on Monday released a congressional district map to replace one it ruled violated the state Constitution.

The new map, which splits four counties into three districts and nine into two districts, could favor Democrats in the 2018 midterm election. The previous map was adopted in 2011 and the state’s high court said it was an unconstitutional partisan gerrymander in January.

“An election corrupted by extensive, sophisticated gerrymandering and partisan dilution of votes is not ‘free and equal,'” Justice Debra McCloskey Todd wrote in the January ruling.

Since 2012, Republicans have won 13 of the state’s 18 congressional seats even though Democrats have won statewide races, including in the U.S. Senate. President Donald Trump narrowly won the state in 2016.

The court said the new districts should be more compact, contiguous, contain roughly the same number of people and not split counties unnecessarily. The new map also splits Philadelphia into two districts instead of the previous three. The 2011 map split 28 counties.

In January, the state Supreme Court ordered state legislators to redraw the map but created one itself when lawmakers couldn’t come up with a new one by the Feb. 15 deadline.

Republicans blasted the ruling, saying it was unconstitutional and that the court didn’t give lawmakers enough time to redraw the map.

Republicans said they plan to challenge the new map because only state lawmakers and Gov. Tom Wolf may draw congressional lines.

“Redistricting involves lawmaking in its essential features and most important aspect,” Republicans wrote in a request for the U.S. Supreme Court to stay the state court’s ruling for a new map. “But for the first time in United States history, a state court, in attempting to play the role of ‘lawmaker,’ has invalidated a congressional districting plan without identifying a violation of the U.S. Constitution or a state constitutional or statutory provision providing specific redistricting criteria.” 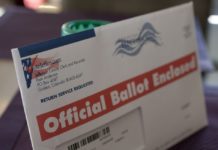 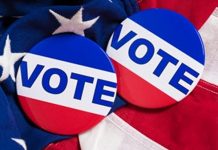