Austin’s letter directs the establishment of a Climate Working Group within the Defense Department to coordinate Pentagon responses to a January executive order from President Joe Biden, as well as a tracking protocol to measure implementation of climate and energy goals.

“The department will act immediately to include the security implications of climate change in our risk analyses, strategy development and planning guidance,” Austin said in the memo, which directs the establishment, as well as spells out membership, of the DoD Climate Working Group.

Biden specifically charged the Secretary of Defense with coordinating with cabinet members, technological offices and other agencies to develop “an analysis of the security implications of climate change (Climate Risk Analysis) that can be incorporated into modeling, simulation, war-gaming, and other analyses” within 120 days.

Biden signaled his intent to seriously consider climate considerations on Jan. 20, the day of his inauguration, when one of 17 executive orders he signed mandated that the United States will rejoin the Paris Agreement on climate change.

Austin’s action follows a 2020 report after a study on military supply chains by the General Accountability Office.

The 45-page report called for Defense Department incorporation of “climate adaptation into its acquisition and supply guidance.”

“Whether it is increasing platform efficiency to improve freedom of action in contested logistics environments, or deploying new energy solutions to strengthen resilience of key capabilities at installations, our mission objectives are well aligned with our climate goals,” Austin said in the March 9 memo. 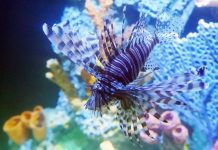 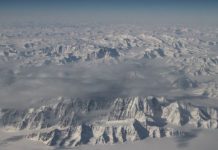