Investigators charged Douglas Haig for making and selling the bullets even though he wasn’t licensed to do so. They said they found his fingerprints on unused bullets in the Mandalay Bay Resort and Casino hotel room from where Stephen Paddock opened fire on a crowd attending a country music festival.

The shooting on Oct. 1 left 58 people dead and hundreds injured.

Earlier this week, a Nevada judge unsealed search warrant records, which named Haig as a second person of interest in the shooting. Investigators had also interviewed Paddock’s girlfriend, Marilou Danley, as a person of interest, but later cleared her.

Haig, 55, of Mesa, Ariz., is a senior engineer for Honeywell Aerospace, an aircraft engines and avionics manufacturer in Phoenix. He also works for Specialized Military Ammunition, an online store that sells specialized military ammunition.

Haig told reporters Tuesday he had nothing to do with the shooting attack and does not know why authorities made any connection to him. He admitted he sold ammunition to Paddock and met him once, but didn’t know him personally. 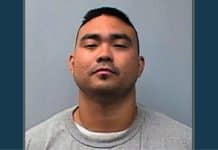 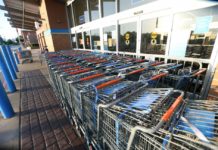