SAN MATEO, Calif., May 18 (UPI) — A groomer at a California PetSmart was arrested Sunday for suspicion of animal cruelty after the death of a dog in his care.

Juan Zarate, 38, of San Francisco, was arrested after police determined Zarate had deliberately broken two ribs and punctured the lung of a one-year-old dachshund, leading to its death.

Three minutes after the dog was dropped off, Zarate walked out of the grooming room, holding the dog and told the owner it was suffering a medical emergency.

“The dog was visibly bleeding from the mouth and having trouble breathing,” police said in a statement.

An on-site veterinarian performed emergency measures on the dog but it died shortly after.

A post-mortem X-ray showed the broken ribs and punctured lung, according to police.

Zarate was arrested at the scene on suspicion of felony animal cruelty.

“This is a tragic case of animal cruelty and thus, led to decisive action in the arrest of the alleged offender,” San Mateo police said. “As you know, the pets in our community can’t speak for themselves, so its inherent on all of us to be alert to the signs and symptoms of animal cruelty and neglect.

“Our community should uphold a zero-tolerance policy for all forms of animal cruelty and neglect and do everything we can to protect these cherished members of our community and families,” police said.

PetSmart suspended Zarate while they conduct their own investigation into the dog’s death.

“Nothing is more important than the health and safety of pets,” PetSmart spokeswoman Michelle Friedman said.

“Any incident of animal cruelty goes against everything we believe as a company and as individual pet parents. No words can express our deep sorrow for the family, and we will continue to work with the pet parent during this difficult time.” 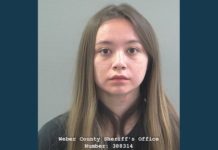