Oct. 27 (UPI) — The billionaire founder of one of the nation’s leading pharmaceutical companies was arrested by federal agents today for allegedly bribing doctors into prescribing a highly addictive opioid pain medication, the Department of Justice said.

John Kapoor, the founder and CEO of Insys Therapeutics, Inc., is accused of “leading a nationwide conspiracy to profit by using bribes and fraud to cause the illegal distribution of Subsys, a powerful Fentanyl spray intended for cancer patients experiencing breakthrough pain,” the DOJ said.

He faces several felony charges, including RICO conspiracy, conspiracy to commit mail and wire fraud and conspiracy to violate the Anti-Kickback Law.

“In the midst of a nationwide opioid epidemic that has reached crisis proportions, Mr. Kapoor and his company stand accused of bribing doctors to overprescribe a potent opioid and committing fraud on insurance companies solely for profit,” said Acting United States Attorney William D. Weinreb.

He added: “We must hold the industry and its leadership accountable — just as we would the cartels or a street-level drug dealer.”

Brian Kelly, an attorney for Kapoor, told CBS his client “is innocent of these charges and intends to fight the charges vigorously.”

Along with Kapoor, 74, five other Insys executives were arrested on similar charges.

The charges against Kapoor and other Insys executives were announced on the same day President Donald Trump declared a national emergency to fight opioid addiction in the United States.

“We owe it to our children and to our country to do everything in our power to address this national shame and human tragedy,” Trump said. 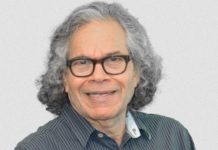