July 2 (UPI) — The mayor of a Philippines city was shot dead during a flag-raising ceremony on Monday, police confirmed.

The shooting occurred halfway through the singing of the Philippines’ national anthem, Lupang Hinirang, at around 8 a.m. local time in Tanauan City, which is about 42 miles south of Manila, the Philippines capital.

Halili died at the scene.

A video of the event was posted to Facebook, which shows several people standing next to each other with their hands on their heart as the anthem plays. The camera moves away from Halili moments before a gunshot is heard and panic ensues.

Calabarzon Police Chief Superintendent Edward Carranza said a sniper might have been responsible for the death.

“We immediately formed a task force to handle the case,” Carranza said, according to local news site PhilStar.

No suspects have been arrested and motives are unknown.

Halili might have been best known for his controversial practice of parading alleged drug dealers in public in what was known as the “walk of shame.” Many of those placed in the walk of shame had not been formally charged but had allegedly confessed to selling drugs, he told CNN in 2016.

Halili’s zero-tolerance approach to drugs was seen as similar to that of Philippines President Rodrigo Duterte, of whom he was a strong supporter.

“They call me the ‘Duterte of Batangas,'” Halili previously said. 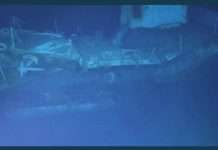