Dec. 26 (UPI) — Police in Tennessee said they have arrested a man accused of killing two people, including the brother of San Francisco 49ers’ quarterback C.J. Beathard.

The Metro Nashville Police Department said Michael Mosley, 23, was arrested Wednesday at a vacant home in Cheatham County, some 30 miles west of Nashville.

“Michael Mosley surrendered from a vacant home … after it was surrounded by law enforcement,” the Metro Nashville Police Department said on Twitter. “He was there alone.”

Officers with the Nashville police, SWAT, the Tennessee Bureau of Investigation, the U.S. Marshal’s Fugitive Task Force and the Midtown Hill Precinct aided in the operation, authorities said. 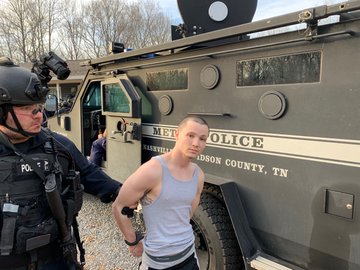 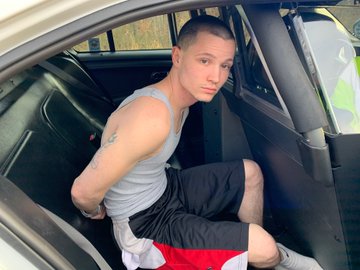 The arrest brings to an end a days-long manhunt for Mosley after Clayton Beathard, 22, and Paul Trapeni III, 21, were stabbed to death and a third person sustained stab wounds outside of a bar in Nashville on Saturday.

The Tennessee Bureau of Investigation also added Mosley to its Most Wanted fugitive list, offering a $2,500 to anyone with information leading to his arrest.

“Mosley should be considered armed and dangerous,” the TBI said in a release, describing him as five feet, seven inches tall, weighing about 150 pounds.

Songwriter Casey Beathard, father of the slain Clayton Beathard, told The Tennessean that he is thankful Mosley is off the streets but sad “two incredible young men are missed.”

“The only thing that holds us together is trusting God,” he said. “We are in awe of all of the good we have already seen him working in and through this tragedy.”