The HHS said in a statement that its headquarters in the Hubert H. Humphrey Building received the threat, prompting the evacuations. The nearby O’Neill House Office Building and the U.S. Botanic Garden also were evacuated.

Authorities also closed several roads in and around the area southwest of the U.S. Capitol, WUSA-TV in Washington, D.C., reported.

The U.S. Capitol Police said it evacuated the Botanic Garden because it was assisting the Federal Protective Service with the investigation of a suspicious package, The Hill reported.

“There are no known safety concerns,” she tweeted.

Lovenheim said the HHS had monitored the situation with the Federal Protective Service. 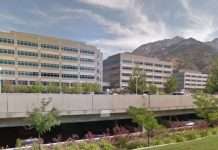