April 17, 2019 (Gephardt Daily) — Sol Pais, the 18-year-old woman who flew to Colorado from Miami and made threats against several Denver area high schools, including Columbine, has been arrested, the Jefferson County Sheriff’s Office tweeted Wednesday morning.

The FBI in Denver had tweeted a short while earlier, “We can confirm there is investigative activity around the base of Mt. Evans. The investigation is active and ongoing.”

It was then reported that a SWAT team and a Clear Creek County snowcat were in the Arapaho National Forest as part of the massive search operation.

They were near the Echo Lake Campground when they announced that Pais was in custody.

The UPI story about the threats that led to the lockout of schools in Colorado on Tuesday is below.

April 17 (UPI) — Authorities in Colorado searched for an armed woman in connection with threats that led to lockouts at dozens of schools in the state on Tuesday, including Columbine High School, the site of a mass shooting nearly two decades ago.

FBI Denver and the Jefferson County Sheriff sought help from the public in obtaining information regarding Sol Pais, 18, a woman who traveled to Colorado from Miami, made threats and was considered to be “extremely dangerous.”

“She is a white female, 18 years old, approximately 5’5″ in height with brown hair. She was last seen wearing a black T-shirt, camouflage pants and black boots. She was last seen in the foothills of Jefferson County,” the sheriff’s office said.

An alert sent out by Rocky Mountain Safe Streets Task force stated that Pais is “infatuated” with the Columbine school shooting in which gunmen killed 12 students and one teacher 20 years ago and was “attempting to buy firearms,” The Denver Channel reported.

In a press conference Tuesday evening, Dean Phillips of the Denver FBI said Pais had made “concerning comments” in the past but did not make any direct threats to schools in the area.

“Because of her comments and her actions, because of her travel here to the state, because of her procurement of a weapon immediately upon arriving here, we consider her to be a credible threat, certainly to the community and potentially to schools,” he said.

Columbine High School was among about 20 schools in the state that were placed on lockout.

“Due to a credible threat to schools by an individual identified by the FBI, the Department of Public Safety recommends all schools in the Denver metro area conduct a lockout and controlled release immediately,” the Colorado Department of Education tweeted. 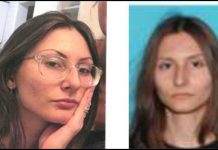 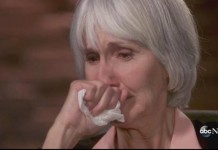 Mother Of Columbine Shooter: ‘I Had All Those Illusions That Everything Was OK’