The poll was conducted from Sept. 22 through Sept. 24. among nearly 2,000 registered voters.

The survey asked respondents if they had a “favorable or unfavorable impression” for each of the cabinet members.

The poll revealed that Mattis had a 40 percent favorable and 20 percent unfavorable rating –ahead of White House chief of staff John Kelly by 1 percent.

The margin or error is 2 percentage points. 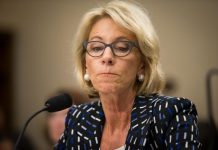 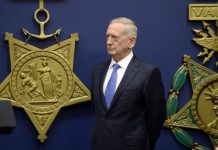