Sept. 8 (UPI) — Secretary of State Mike Pompeo said Sunday that things are “about to get worse” for the Taliban after President Donald Trump canceled secret peace talks, but the United States is still interested in reaching a deal.

Trump said Saturday that he canceled a secret meeting with Afghan and Taliban officials at Camp David after the group claimed responsibility for a suicide blast in Kabul that killed 12 people, including a U.S. service member.

In addition, the United States withdrew its special envoy for peace talks in Afghanistan, as Pompeo said that talks are “absolutely” off for the time being.

“If you’re the Taliban, conditions have been worsening and are about to get worse,” Pompeo told NBC News’ Meet the Press, adding American forces had killed more than 1,000 Taliban members in the last 10 days. “We are going to make sure everyone in the region understands that America will always protect its national security interests. I’ll leave to the Department of Defense to talk about specifics but no one should underestimate President Trump’s commitment.

Appearing on CNN’s State of the Union, Pompeo said Trump would not continue negotiations with the Taliban if they continue attacks in Afghanistan and fail to meet the terms of their agreement.

“I think as you saw, if the Taliban don’t behave, if they don’t deliver … the president of the United States is not going to reduce the pressure,” he said.

He added that the United States is “not going to enter into any deal” with the Taliban unless conditions such as meeting with Afghan leaders, severing ties with al Qaeda and achieving reductions in violence.

During an appearance on CBS News’ Face the Nation, Pompeo also addressed criticism of Trump’s decision to invite the Taliban for negotiations on U.S. soil citing the United States’ role in brokering the Camp David Accords between Israel and Egypt.

“We thought about this a long time and ultimately the president made the decision that this was the right place. We know the history of Camp David. That’s where peace has been negotiated many, many times,” Pompeo said. “And sadly you often have to deal with some pretty bad characters to get peace.” 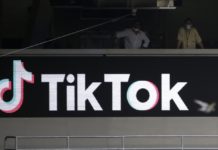 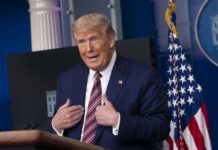