Oct. 29 (UPI) — A pet insurance firm marked National Cat Day by releasing its annual list of the most popular cat names of the year.

John Lewis Pet Insurance, which offers insurance policies for cats, dogs and other pets, said the most popular cat name among surveyed customers in 2019 was Poppy.

The first traditionally masculine name on the list, Charlie, came in at No. 11.

The name Smudge made its first appearance on the annual list this year, coming in at 21st in popularity.

National Cat Day was started in 2005 by Colleen Paige, who aimed to draw attention to the millions of cats who await adoption in U.S. shelters every year. 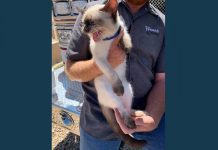