Home US/World News Preparing for Florence: Shoring up, stocking up, evacuating coast
Facebook
Twitter
Pinterest
WhatsApp
Sept. 11 (UPI) — A swath of the U.S. East Coast braced for the approach of Hurricane Florence on Tuesday by closing up shop, shoring up homes, stocking up on supplies and evacuating the shoreline.
Florence was expected to make landfall Thursday around the Carolinas as a Category 4 storm — or stronger, bringing storm surge and rainfall of up to 30 inches.
States of emergency have been declared from Washington, D.C., to South Carolina.
President Donald Trump was briefed on the storm by FEMA administrator Brock Long and Homeland Security Secretary Kirstjen Nielsen.
“The safety of the American people is my absolute highest priority. We are sparing no expense,” Trump said. “We’re as ready as anybody has ever been.”
Schools and colleges in many areas along the coast have canceled classes. Evacuations have begun in some places.
In Wilmington, N.C., near where the National Hurricane Center expected Florence to come ashore, entities from University of North Carolina at Wilmington to the area’s county-run liquor stores have closed.
New Hanover County issued a voluntary evacuation order for all its residents and a mandatory evacuation notice for Carolina and Kure beaches.Nearby Brunswick County issued a mandatory evacuation order for all residents in unincorporated areas that are low-lying or flood-prone or those living in mobile homes or substandard homes in unincorporated areas.Around Charlotte, N.C., residents were clearing shelves of supplies, but grocery stores were continually restocking essential items, like water, batteries and toilet paper.

About 800 South Carolina National Guard soldiers and airmen have been mobilized to prepare for recovery efforts.

Officials in South Carolina reversed the eastbound lanes of Interstate 26 around Charleston to ease evacuations.

In Myrtle Beach, S.C., the city provided residents free sand to fill bags for protecting their homes and businesses from flooding.

One coastal population was preparing to stay put: North Carolina’s official state horse, the Colonial Spanish Mustang. In a post to its Facebook page on Monday, the Corolla Wild Horse Fund said its 18 rescued horses will stay on a farm in Grandy, with someone to tend to them, during the storm.

“The horses have lived on this barrier island for 500 years, and they are well equipped to deal with rough weather,” the organization said. “They know where to go to stay high and dry and are probably in better shape right now than most of us humans who are scrambling with final preparations.” 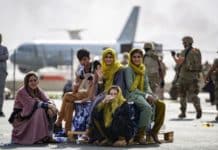 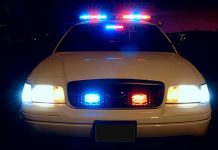