HAZELTON, WEST VIRGINIA – April 14, 2015 (Gephardt Daily) – A federal inmate at the U.S. Penitentiary in Hazelton, West Virginia, pleaded guilty and was sentenced to life in prison today for the murder of another inmate.
[one_fourth]

[/one_fourth][three_fourth_last]
Patrick Andrews, 34, formerly of Washington, D.C., pleaded guilty to one count of murder by a federal prisoner serving a life sentence and one count of second degree murder in a federal facility for his role in the Oct. 7, 2007, murder of fellow inmate Jesse Harris.

Andrews has been sentenced to life in prison on both counts.

According to his plea agreement, Andrews and fellow inmate, Kevin Bellinger, stabbed Harris to death with homemade knives in an orchestrated attack.

According to evidence introduced a group of inmates were being moved from the recreation yard back to their cells, when Andrews and Bellinger confronted Harris and repeatedly stabbed him.  When a correctional officer approached, the attackers fled.

Officers apprehended Andrews after reviewing surveillance footage. The recording showed Andrews and Bellinger had engaged in a verbal confrontation with Harris. Then Harris was attacked and stabbed by the two.

Last June, a federal jury convicted Bellinger on charges of second-degree murder in a federal facility and murder by an inmate serving a life sentence after his role in the murder of Harris. 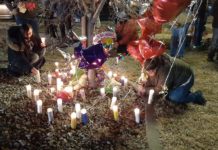 Vigil held for murdered Ogden store owner, remembered as friend to all 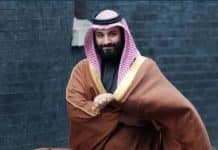