While the 93-year-old monarch acknowledged that Britain’s path this year has “felt quite bumpy” — with intense political battles over exiting the European Union and difficult times for the Royal Family — her speech focused on reconciling “long-held differences and deep-seated divisions.”

The queen also used the theme of reconciliation for June’s 75th anniversary of D-Day landings, noting that former “sworn enemies” of World War II this year “came together in friendly commemorations either side of the channel.”

The one-time adversaries, she said, have been “willing to put past differences behind us and move forward together.”

“We honor the freedom and democracy once won for us at so great a cost,” she said.

But such healing, she warned, “seldom happens overnight” and her address struck notes of optimism for the future — citing, for example, the commitment of young environmental activists after a year in which Britain experienced large-scale climate protests known as the “Extinction Rebellion.”

“The challenges many people face today may be different to those once faced by my generation, but I have been struck by how new generations have brought a similar sense of purpose to issues such as protecting our environment and our climate,” the queen said.

Concerning the royal family, she expressed happiness at the arrival in September of her newest great-grandchild, Archie Harrison Mountbatten-Windsor, the son of Prince Harry and Meghan Markle, the Duke and Duchess of Sussex.

“Two hundred years on from the birth of my great, great grandmother, Queen Victoria, Prince Philip and I have been delighted to welcome our eighth great grandchild into our family,” she said.

Queen Elizabeth II was joined on Christmas by Prince Philip, the 98-year-old Duke of Edinburgh, after he spent four nights at a London hospital for treatment for a “pre-existing condition.” He was discharged Tuesday. 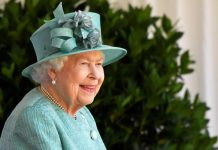 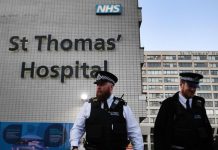