May 21 (UPI) — Hundreds of rallies are scheduled nationwide Tuesday to oppose new momentum in recent weeks to overturn the Supreme Court’s 46-year-old ruling that makes abortion legal in the United States.

Rallies are set in all 50 states and thousands of demonstrators are expected to turn out — likely for both sides — from California to New York.

The American Civil Liberties Union and NARAL Pro-Choice America are two groups participating in the “Stop the Bans” rallies Tuesday. More than 250 events are planned, including one outside the U.S. Supreme Court.

“Across the country, we are seeing a new wave of extreme bans on abortion, stripping away reproductive freedom and representing an all-out assault on abortion access,” organizers said on the “Stop the Bans” website. “This is Trump’s anti-choice movement … and it’s terrifying, particularly for women of color and low-income women who are most affected by these bans.

“We will show up to speak out and fight back against this unconstitutional attempt to gut Roe [vs. Wade] and punish women. Politicians shouldn’t be making decisions best left to women, their families and their doctors.”

Alabama enacted a new law last week to make abortion illegal in all cases, including incidents of rape and incest — two circumstances that are usually exempt from abortion legislation. Doctors who perform abortions there face as many as 99 years in prison under the law, which has been challenged in court.

Other states have passed similar legislation or are considering bans — including Georgia, Mississippi, Ohio, Missouri and Louisiana — but they are being tested in court. Last week, a federal judge struck down a Kentucky law that barred abortions after the 14th week of pregnancy. In March, a judge ruled against a North Carolina law banning abortion after the 20th week.

The run of new legislation is a concerted effort to overturn the high court’s landmark 1973 decision in Roe vs. Wade. With a greater conservative majority on the bench — with the inclusion of Trump appointees Neil Gorsuch and Brett Kavanaugh — abortion opponents hope the issue will again end up before the justices, for a new landmark ruling that outlaws the practice.

President Donald Trump has supported efforts to overturn abortion laws. Last weekend, he said he favors a total abortion ban with only three exceptions — in cases of rape, incest, or when the mother’s life is in danger. 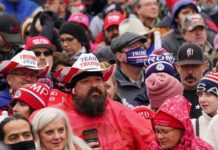 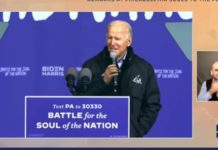 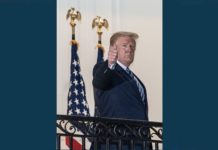