May 11 (UPI) — A park ranger at Virunga National Park in the Democratic Republic of the Congo was killed and at least three people, including two British tourists, were kidnapped Friday, park officials said.

Joel Wengamulay, a spokesman for the Congolese Institute for Nature Conservation, told Radio Okapi their vehicle was ambushed en route from Kibumba to Goma after visiting a gorilla sanctuary inside the park. The ranger was killed, and the driver and two tourists were among those abducted.

“For the moment the Congolese Institute for Nature Conservation cannot communicate much about the incident because the hostages are still in captivity. That would put their lives in danger,” he said according to a translation by Sky News.

Park spokesman Vianney Harakandi told CNN the ambush happened around 10 a.m. and the park’s security staff was deployed to investigate.

In April, five rangers and a driver were killed in an ambush, the park’s worst loss of life. Virunga National Park has seen more than 170 rangers get killed over the past 20 years as anti-government rebel groups, local bandits and rare animal hunters roam the area.

“The Allied Democratic Forces and National Army for Liberation of Uganda operate together in the north. They are an extremist Islamic movement operating to undermine the government of Uganda,” de Merode said. “Then the Mai-Mai, who are Congolese, operate in the center of the park. In the south is the Democratic Forces for Liberation of Rwanda, many of whom were responsible for the 1994 genocide in Rwanda.”

“The hardest part of my job is having to bury the men that have been entrusted to me,” he added.

In 2014, Netflix released Virunga, a documentary on the Virunga park rangers who are tasked with protecting the critically endangered mountain gorilla.

The Virunga Mountains are one of only two places in the world where the mountain gorilla is found. The other location is the Bwindi Impenetrable National Park in Uganda. 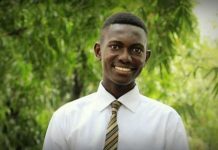 LDS Church: 21-year-old missionary has died in Democratic Republic of the Congo 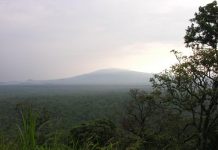 Ranger killed in park attack in Democratic Republic of Congo 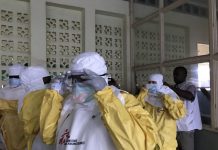