May 17 (UPI) — A group of hackers claiming responsibility for the global ransomware cyberattack that began Friday said they would soon “dump” data related to North Korea‘s nuclear and missile programs.

The Shadow Brokers made the statement in a blog post, while saying they would also divulge information on the weapons of Russia, China and Iran.

The announcement published Tuesday is another twist in the developing story of the global attack, and challenges statements from Russian cybersecurity firm Kaspersky Labs that the attacks were tied to North Korea.

Using garbled English to make their statement, the group also said users can access the data by paying a monthly fee for a subscription.

“Each month peoples can be paying membership fee, then getting members only data dump each month. What members doing with data after is up to members,” the group stated.

As multiple reports suggested the cybercrime network called the Lazarus Group, linked to the 2014 hack of Sony Pictures, had a role in the most recent attack of the WannaCry malware virus, North Korea issued its own statement on the “ransomware attack.”

Pyongyang’s Workers’ Party newspaper Rodong Sinmun reported Wednesday the WannaCry virus is “raising serious concerns in the international community,” but did not issue a response regarding allegations of North Korea involvement.

The state-controlled newspaper reported the cyberattack was launched against “many public institutions and businesses” in more than “150 countries, including the United States, Britain, France, Russia and China.”

“A European police agency said more than 200,000 computers worldwide have been the target of the cyberattack,” North Korea stated.

That number is now closer to 300,000, according to South Korean news service News 1.

South Korea has been on alert since the breaches began on Friday.

Cybersecurity experts have said the “ransom” of bitcoins the attackers seek in return for the restoration of files has not led to their recovery.

The attackers have so far amassed $70,000 of ransom money worldwide, according to the report. 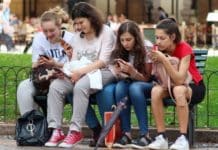