April 15 (UPI) — A rare softshell turtle has moved closer to extinction after the last known female of its kind died over the weekend at a China zoo.

Veterinarians said they tried five times to artificially inseminate the Yangtze giant softshell turtle with sperm from one of the last living males, but were unsuccessful. The “catastrophic loss” means there are now only three more of the turtles left — a male at the zoo and two in the wild in Vietnam.

The male and female both lived at the Suzhou Zoo in the Jiangsu province. The turtle is the last known living freshwater species and has been endangered for years.

The female that died, Xiangxiang, was in good health before the last artificial insemination procedure and zoo officials said there were no complications during the procedure. The turtle’s ovaries will be harvested and an autopsy conducted. 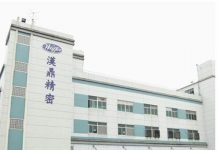