TUCSON, Jan. 11 (UPI) — Raytheon is to produce the Block 2 Rolling Airframe Missile for the U.S. Navy, the company announced.

The firm-fixed-price contract carries a value of $66.6 million but the cumulative value could rise to $142.8 million if all contract options — including an option for a Foreign Military Sale, are exercised.

The RAM Block 2 guided missile was developed under a cooperative program by the U.S. and German governments with support from Raytheon and RAMSYS of Germany. Production of the system is shared by both companies.

The missile is a small, lightweight, infrared-homing weapon suitable for use against anti-ship cruise missiles and other threats. It is installed or planned for installation aboard more than 165 ships of the navies of the United States, Egypt, Germany, Greece, Japan, the Republic of Korea, Turkey, and the United Arab Emirates.

“RAM Block 2 adds important enhancements to counter a bigger set of targets and give our warfighters an unfair advantage,” said Rick Nelson, vice president of Raytheon’s Naval Area and Mission Defense product line. “Our partnership with RAMSYS is a great example of Raytheon’s commitment to working with countries and companies around the globe.”

Raytheon said work under the contract is expected to be completed in 2018. 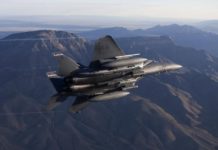 StormBreaker bomb approved for use on F-15E 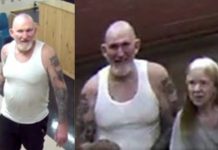